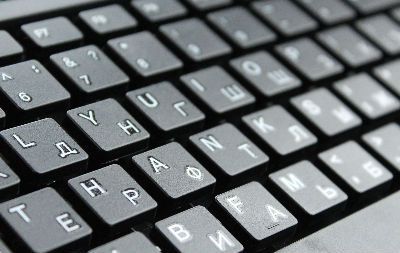 In 2009, I was thinking about what I would do after retiring later that year.  I had worked in telecommunications since leaving school and with computers being very much part of everyday life, I thought about running a group at the church to encourage older people to learn how to use them.

I suggested this to the deacons and it received a good response. Thus in September 2011, the Malcolm Craig Computer Group started.  It is named in memory of Malcolm Craig, a businessman and member of our church who had wanted to start a similar group for young people after school some years ago. June Craig made a donation in his memory which enabled some new computers to be purchased.

The group has been meeting in Room 4 on Thursday mornings with an eight month break in 2015, after 120 sessions, including a series of 12 on Saturday mornings in autumn 2014. The sessions run for 2 hours from 10.00 to 12.00 with a break for coffee at 11.00 downstairs in the regular coffee morning. I have set up the course in three stages

Stage 1 is a 12-week series, staring with the basics including ‘Introduction to the computer?’, ‘Starting to use the Internet’ , ‘Starting to use e-mail’ and ‘Computer Security’ , ‘On-line Banking’, On-Line Shopping’ and ‘Audio and Video’.

The Stage 3 8-week series, which I ran for the first time from January to March 2016 looked at ‘Windows 10’, ‘Smartphones’ and ‘Data Storage’ among other topics.

Those attending can come to as many or as few of the sessions as they wish and can bring their own laptops or tablet computers, which can be enabled to access the group’s wi-fi network.